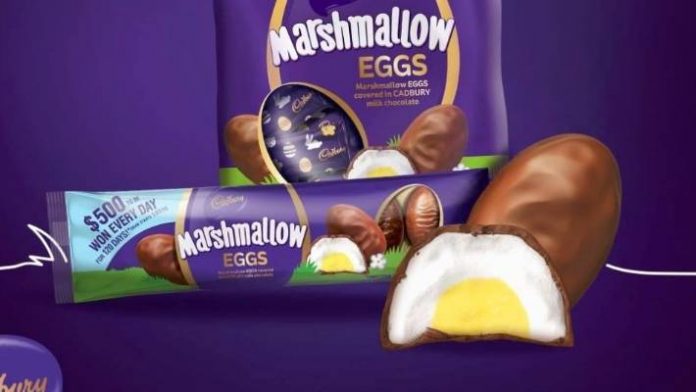 Kiwis are outraged that the Australian chocolate manufacturer Cadbury is selling easter eggs that are shaped like one half of an egg.

It replaces the old egg-shaped style where two halves were joined together, creating a crunchy chocolate layer in the middle.

Cadbury posted that its new equipment in Australia couldn’t replicate the old shape.

And it also told social media followers that Kiwis would be getting “just as much marshmallow egg for their buck”.

“In fact, one of the share packs – the 175g pack – is now cheaper per gram than it was last year,” Cadbury said.

It said people tested on the half eggs reported “a very similar eating experience to the old shape”.

“Cadbury needs to leave things as they are. They are eggs not just a hump,” wrote one commenter.

Another said: “I loved pulling apart the marshmallow eggs!! What is wrong with you Cadbury?! Talk about giving the middle finger to all of the NZ market. That’s the last straw for me.”