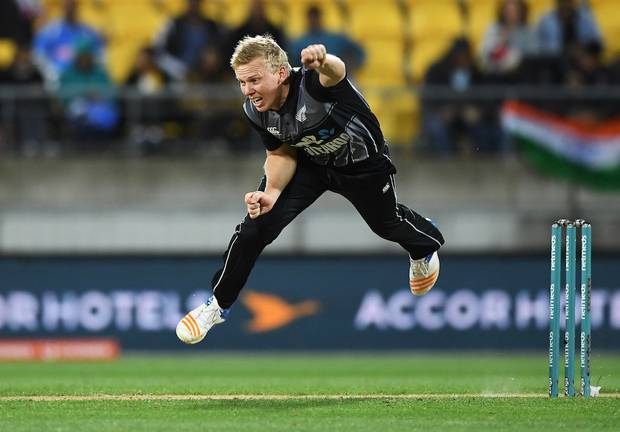 The banner, which read “No means no”, was directed at Black Caps all-rounder Scott Kuggeleijn, who was found not guilty of rape in a trial in 2017.

During the trial, the 27-year-old admitted the woman involved had said she didn’t want to have sex with him. The Northern Districts player later texted her the day after the incident to apologise.

His inclusion in the Black Caps – yesterday was his second Twenty20 international – has received criticism from many quarters, and an attempt to bring a banner into the stadium to publicise the issue of sexual consent was taken away by Westpac Stadium security.

The woman with the banner told Stuff that security tried to confiscate the sign, but received an apology from the stadium today.