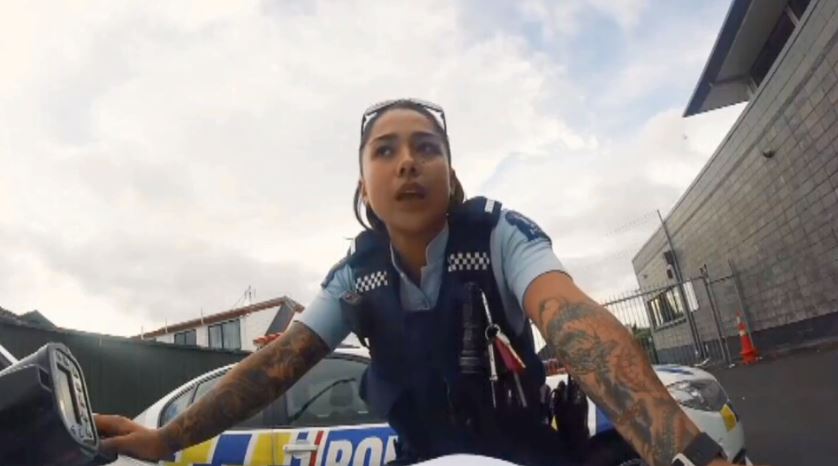 Constable Lana Crichton appeared in a series of videos on the Auckland Police TV YouTube channel, and was recently dubbed the ‘hot cop’ by media around the world.

On one video, which has since received more than 21,000 views, dozens of commenters remarked on her looks – and that’s just the comments that weren’t deleted or hidden by NZ Police’s social media team.

The Daily Mail was one of the international websites that ran a story about Constable Crichton, headlined ”I’d commit a crime just to meet her’: Stunning tattooed police officer is taking the internet by storm after vlogging a typical day in her life’.

Their story included a handful of the comments directed towards Constable Crichton, with people saying she was “a knockout” and “Lana can arrest me at any time.”

Police said the intended aim of the video starring Constable Crichton was to “engage community and give them a behind-the-scenes insight into the daily life of our frontline New Zealand Police”.