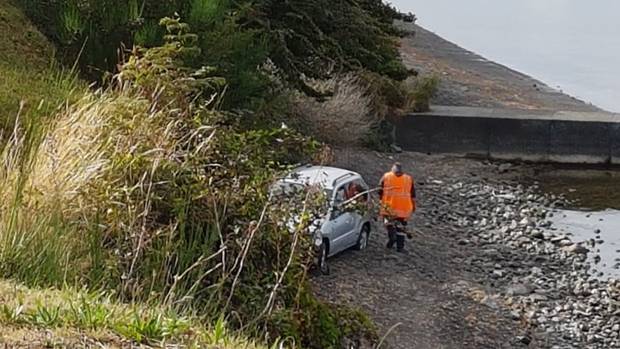 An elderly driver’s car has crashed down a bank at Lake Terrace in Taupō.

Police were called to the Ruapehu St intersection scene at 8.24am.

Sergeant Greg Weston said it appeared that the 90-year-old male driver of the car, who had been heading south on Ruapehu St, had either failed to stop at the give way and then collided with another car before going over the bank, or had seen the other car and lost control.

Witnesses had said the man’s car mounted the footpath, crashed through a chain link fence and over the bank, flipping onto its roof before coming to rest on its wheels, he said.

The man was helped from the scene by firefighters. He had minor injuries and taken to Taupo Hospital. The driver of the other car was uninjured.