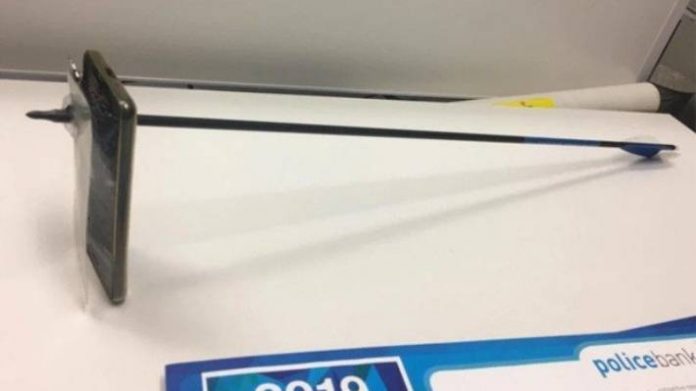 A man avoided hospital after being shot at by an alleged bow-and-arrow wielding assailant, with his smart phone absorbing the blow.

A 43-year-old resident of the New South Wales town of Nimbin was getting out of his car on Wednesday morning when he spotted a man, allegedly holding a bow and arrow, standing outside his home.

When the unarmed man raised his phone to take a photo of what was unfolding, the would-be William Tell allegedly fired the arrow, which pierced through the phone screen, causing the device to hit the victim’s chin.

He was left with a small laceration that didn’t require medical treatment.