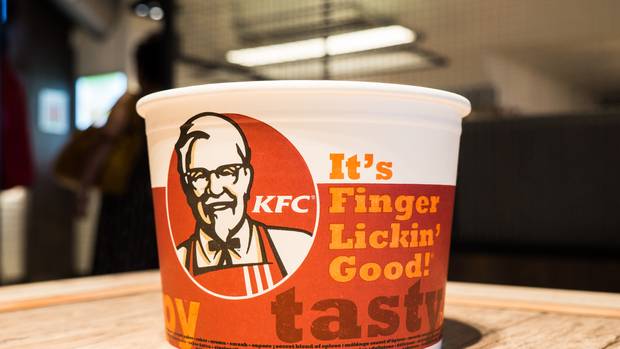 KFC is running cooking workshops for 3000 special guests in the UK who won a prize to discover the secrets for cooking the world’s most iconic fried chicken.

Sadly, fans won’t be learning the mystery mix of 11 herbs and spices, but they will be taught the step-by-step process of making their juicy burgers and signature bits of chicken.

The Colonel may not be revealing his secret herb and spice mix to the 3000 guests – even KFC workers don’t know it, however, some are convinced they know it from a recipe that was leaked a few years ago.

The Colonel’s nephew Joe Ledington stumbled across a scrapbook previously owned by Claudia Sanders, the Colonel’s second wife. Inside an envelope in the scrapbook was a handwritten note with the recipe alongside Claudia’s will.

Claudia passed away in 1997 so cannot confirm the authenticity of the note.

When asked if he thought it was the original recipe Joe said: “Yeah, I do.”