Ellen DeGeneres may have the most retweeted selfie of all time but it has nothing on these delightfully smug gorillas, posing for the camera like it ain’t no thing.

With their best sides already in position, the two handsome beasts weren’t going to let a photo opportunity go by when a anti-poaching ranger pulled out his camera. 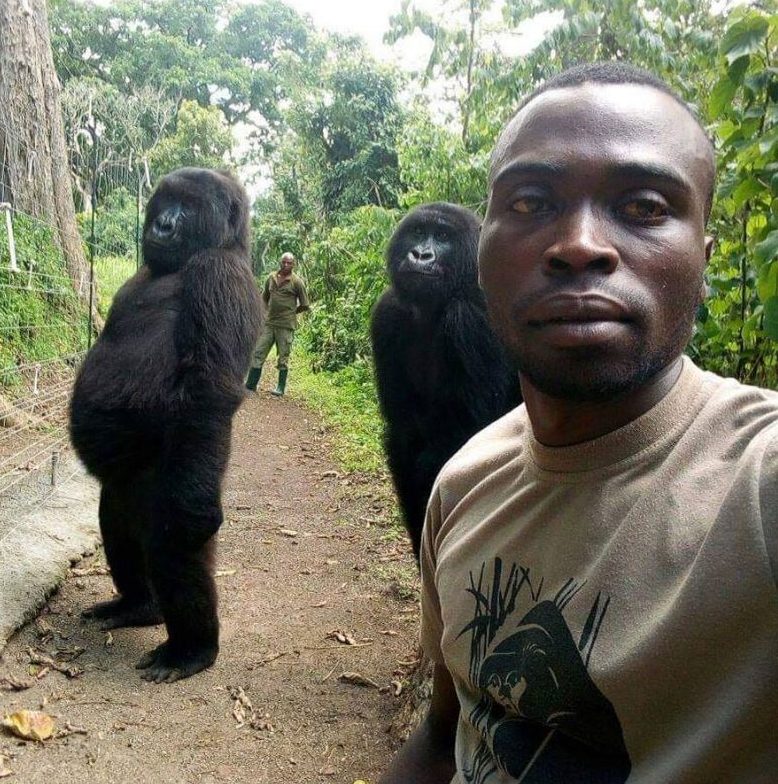 The gorillas reside in the Virunga National Park, a UNESCO world heritage site in Democratic Republic of Congo, which its website says has been “deeply” impacted by war and armed conflict over the last 20 years.

“Virunga is protected by a dedicated team of over 600 rangers,” the site says.

“These local men and women go through intensive training, risking their lives on a daily basis to safeguard the park’s exceptional wildlife, including the last of the world’s critically endangered mountain gorillas.”