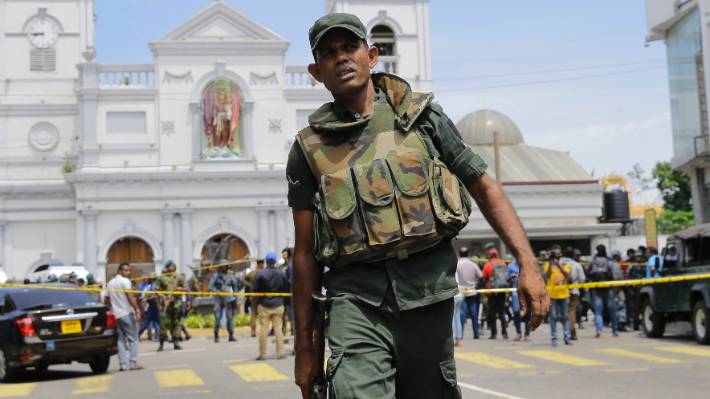 At least 207 people were killed and hundreds more hospitalised from injuries in near simultaneous blasts that rocked three churches and three luxury hotels in Sri Lanka on Easter Sunday, in the biggest violence in the South Asian country since its civil war ended a decade ago.

Seven people were arrested and three police officers were killed during a raid on a house in Colombo on Sunday as the death toll rose past 200, police and local media said.

“Altogether we have information of 207 dead from all hospitals. According to the information as of now we have 450 injured people admitted to hospitals,” police spokesman Ruwan Gunasekera told reporters in Colombo.

The eight explosions, some of which officials said were suicide bomb attacks, led to an immediate clampdown, with the government declaring a curfew and blocking access to major social media and messaging sites, including Facebook and WhatsApp.

“New Zealand condemns all acts of terrorism, and our resolve has only been strengthened by the attack on our soil on the 15th of March.

To see an attack in Sri Lanka while people were in churches and at hotels is devastating,” Ardern said.

“New Zealand rejects all forms of extremism and stands for freedom of religion and the right to worship safely.

Collectively we must find the will and the answers to end such violence.”