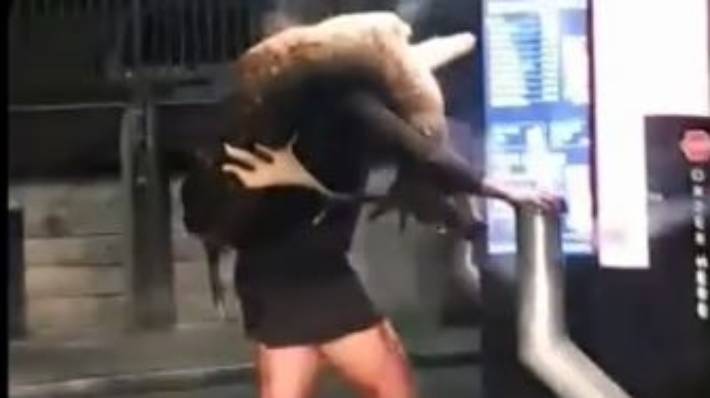 After a successful Saturday of hunting, Tehanairo Tetawhero​, and three friends decided to stop off at the Taumarunui fast food joint for a late-night snack before heading home.

“And I was like we might as well finish the night with a bang,” Tetawhero, 21, said. “Pull over – I’ll chuck the deer on my back and I’ll walk through.”

A straight-faced Tetawhero lugged the slaughtered stag up to the drive-through box, trying to ignore his guffawing friends, who filmed him as he ordered a cheeseburger and McChicken.

“The lady at the counter, when she saw the deer on my back she got a bit of a surprise.

“But we paid for one burger and we got three out of it.”

“It was heavy, big deer. I was trying not to look back at the truck or I would have just lost it laughing.”

The video of Tetawhero at Mcdonald’s with the dead stag had racked up 80,000 views by Tuesday afternoon after his friend Blake Horton posted it to Facebook.