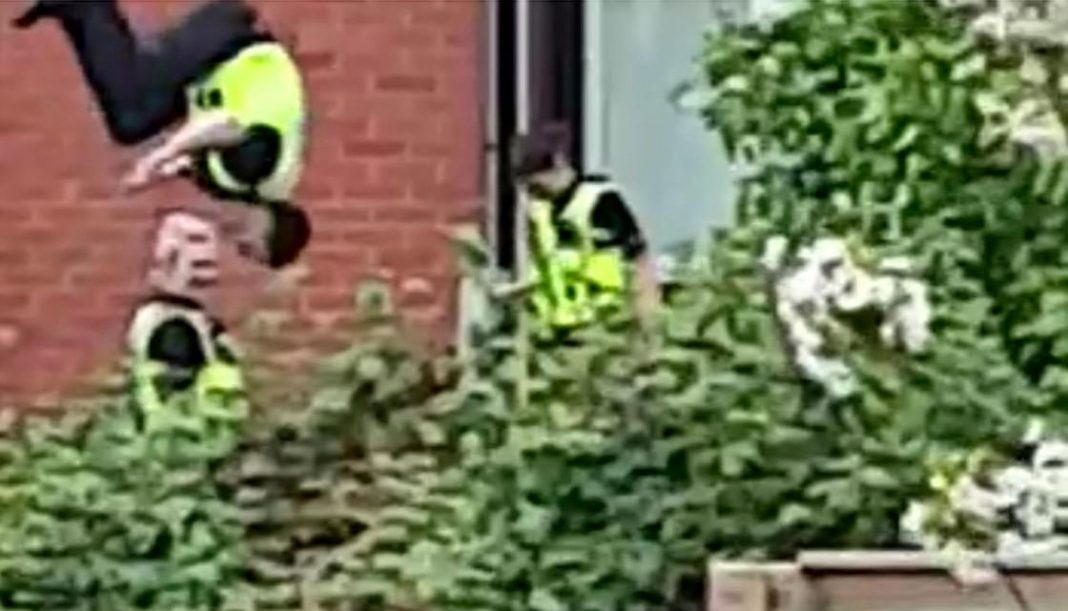 Performing flips on a trampoline during a drug bust has seen a UK police officer go viral – for all the wrong reasons.

Four officers were investigating a house in Coventry, UK on Friday (local time), when the officer was caught on film clowning around in the garden, The Sun reports.

“This is what you pay your taxes for. I can’t f**king believe it,” the neighbour who filmed the antics can be heard saying.

West Midlands Police didn’t see the funny side, telling The Sun: “This appears to fall short of our high standards.”