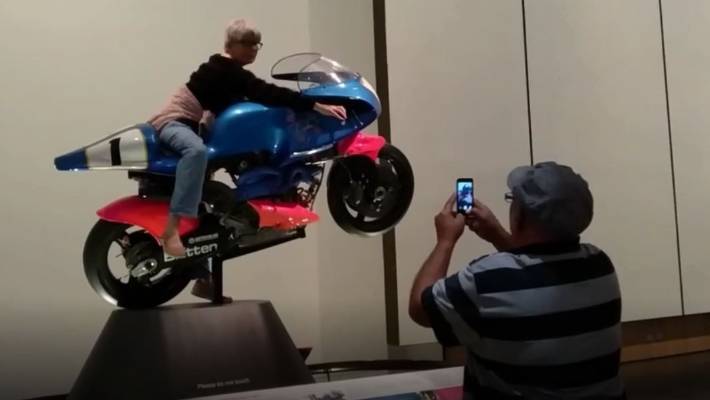 A museum goer was admiring the museum’s Britten V1000 exhibit on Saturday when another passerby announced she was going to climb onto the $700,000 bike, which is one of only 10 ever made, for a photo.

“She said ‘I’m going to hop up on it and get a photo for my Facebook’.”

She then proceeded to climb over the barrier, ignoring the signs warning visitors not to touch the exhibit, he said. After posing for a few snaps taken by a companion she climbed down, before claiming she was a close friend of the late John Britten, who designed and built the record-setting bikes in Christchurch.

He reported the pair to museum staff.

Te Papa spokesperson Kate Camp confirmed the incident and said the pair was spoken to by museum staff, who asked them to respect the museum’s rules.

“We’ve checked the bike over. There wasn’t any visible damage.”

There were no plans to put the motorbike behind glass, and she hoped there would not be any repeats of the incident.