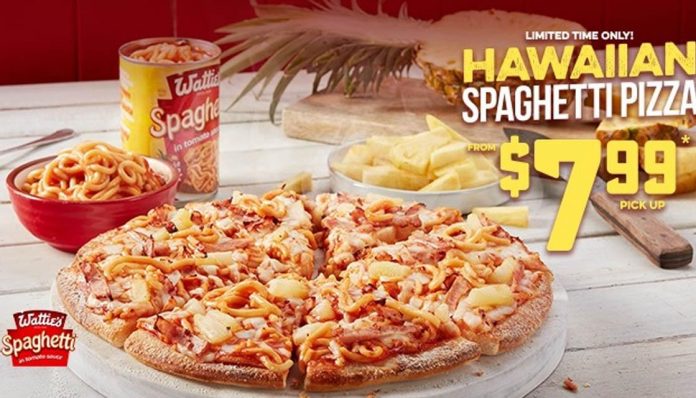 It’s great news for the Bill English’s of the world: Domino’s Pizza and Wattie’s announced their collaborative effort to get Spaghetti Pizza on the Domino’s menu for a limited time.

Domino’s appeared to anticipate backlash by the self-proclaimed (and definitely not Italian) pizza connoisseurs of the internet, titling their social media announcement: “This is no joke!”

“We’ve officially added Hawaiian spaghetti pizza to our menu for a limited time only, with help from our friends at Wattie’s NZ.”

The limited edition product is priced at $7.99.

Will you be getting it?