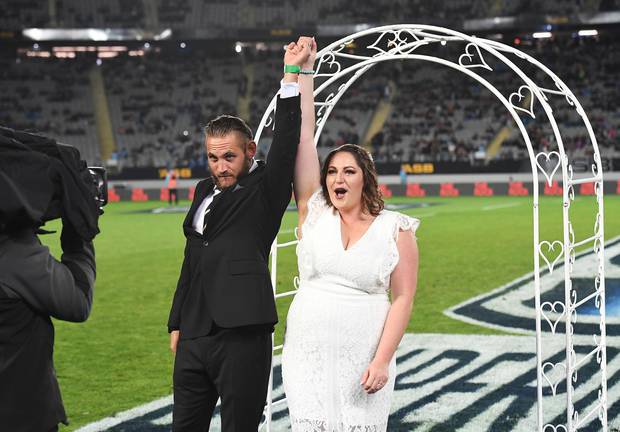 While most rugby fans were grabbing a beer or some chips during halftime at Eden Park tonight, one couple used the 10-minute break to tie the knot.

Vinni Price, 29, and his new wife Jessie, 26, won their on-field wedding in a competition this week. 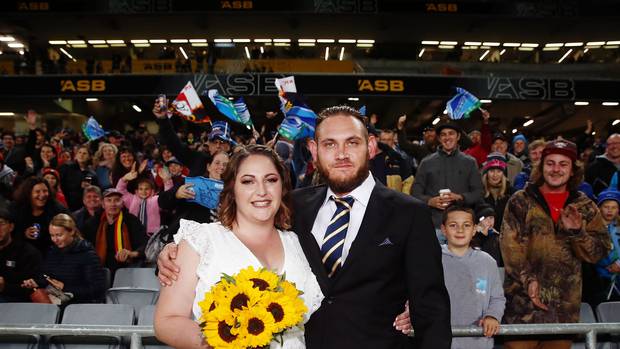 Their Blues v Chiefs game tickets were included in the prize as was the dress, suit and the reception in the corporate box hosted by the home team.

The newlyweds were heading back to their home in Tauhoa near Wellsford with their friends and family later in the evening for “a bit of an afterparty”.

As for a honeymoon, the pair would wait until September, when they were headed to Dunedin to see Fleetwood Mac.