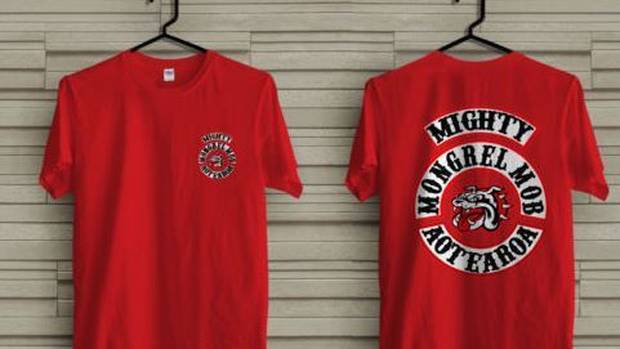 The words “Mighty Mongrel Mob Aotearoa” have been printed on the new shirts along with the gang’s emblem.

Life member Harry Tam has said there could be serious consequences for those who are caught wearing the knock-off products.

“Obviously this has never happened before but I’m sure if people do it, they’ll no doubt find out in due course what the consequences are,” he told media outlets.

“When it comes down to it, the people purchasing these are putting themselves in jeopardy.

“There’s certainly no mana behind the [counterfeit] patches.”

“All I can say to them is don’t wear it. If you own one send it back to them to ask for your money back. It’s probably not a good idea to be seen with it, with something that doesn’t belong to them.”