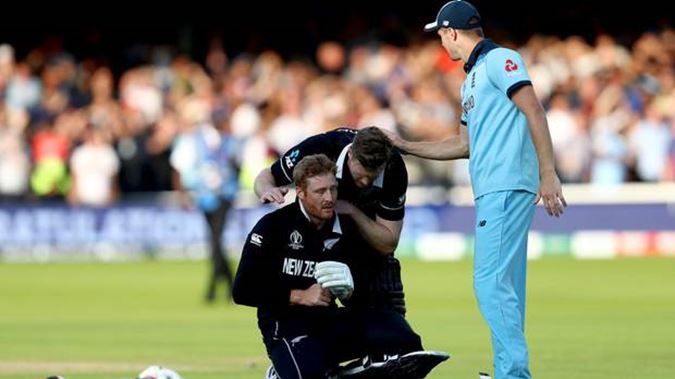 Chasing New Zealand’s 241 for eight, England got 12 off the final over to see the game end in a tie with the hosts bowled out for 241 going for the winning run off the last ball.

That sent the match to a Super Over. One over for each team with just two wickets and three batsmen allowed.

England got 15 off their six balls and so did New Zealand. Martin Guptill was run out a metre short on the final ball going for a second to secure the final for the Black Caps. Once again the scores finished tied.

However England were crowned the winners of the match due to a count-back on boundaries in the initial 50-over contest.

England had 24 boundaries, New Zealand had 16. For that reason England lift the World Cup for the first time.

Previously, matches at the World Cup have been decided by least wickets lost, so the constellation here is that under the old rules New Zealand would have won.

But of course we’re still massively proud of the boys, and currently nursing our way through the day with a massive lack of sleep.