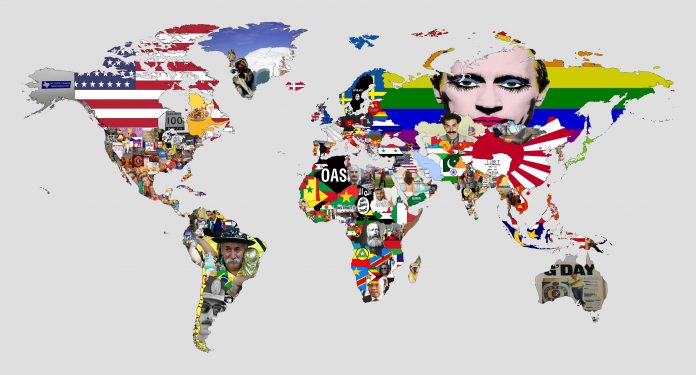 There’s a new world map but this one has a different purpose to other world maps… it’s designed to “trigger” different countries by pointing people towards something that a specific country really doesn’t want to be identified by.

So, naturally, for us Kiwi’s, we’ve been left off the map, again. New Zealand being left off of world maps is apparently what triggers us Kiwi’s the most, so we are no where to be seen on this new ‘World Trigger Map’.

Other ‘triggers’ include Australia being identified by an old Foster’s beer ad featuring the Crocodile Dundee, Canada being represented by a giant American flag, and pretty much all of the Middle East being represented by Borat, a character made famous by actor Sacha Baron-Cohen.