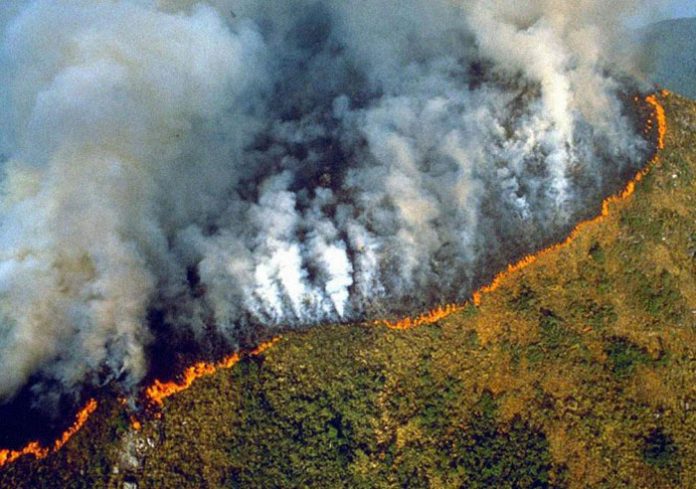 The Amazon rainforest is burning at a record rate. Earlier this month, Brazil declared a state of emergency over the rising number of fires in the region. So far this year, almost 73,000 fires have been detected by Brazil’s space research center, INPE.

What caused the fire?

While the Amazon rainforest is typically wet and humid, July and August — the onset of the dry season — are the region’s driest months, with “activity” peaking by early September and stopping by mid-November, according to NASA.

Fire is often used to clear out the land for farming or ranching. For that reason, a vast majority of the fires can be attributed to humans, said Christian Poirier, program director of the nonprofit Amazon Watch.

How big is the fire?

You can see the smoke from space. The European Union Earth Observation Program’s Sentinel satellites captured images of “significant amounts of smoke” over Amazonas, Rondonia and other areas.

How can you help?

It’s unlikely you’re one of the people who can actually help douse the blaze, but there are other ways you can aid in protecting the rainforest.