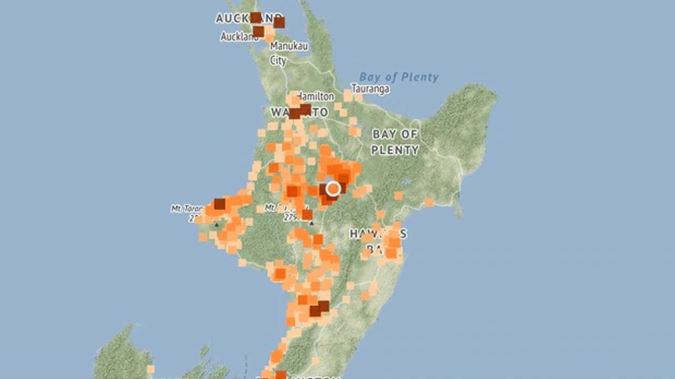 According to GeoNet, a 5.2 magnitude earthquake hit at 7.02pm. A second quake with a magnitude of 4.5 and a depth of 5km was also widely felt. Both earthquakes were centred 15km northeast of Turangi, under the bed of Lake Taupo.

The quake was shallow, recorded as being only 3km deep, was felt as far south as Dunedin. A 4.5 magnitude aftershock followed two minutes later in the same location.

A slip closed the southbound lane of State Highway 1 at Bulli Point about halfway between Turangi and Taupo, on Wednesday evening. The NZ Transport Agency was unsure whether the damage was caused directly be the earthquake.

Geonet said the earthquakes were likely to be part of a swarm that started in July, and more aftershocks were possible. The swarm started on July 10 and 160 quakes were recorded in the Taupo area in the following week. Eight of those events were between magnitude 3.1 and 3.8.

Quake swarms were common in the Taupo Volcanic Zone and several were recorded each year. Larger ones had lasted weeks-to-months and included many hundreds of earthquakes.