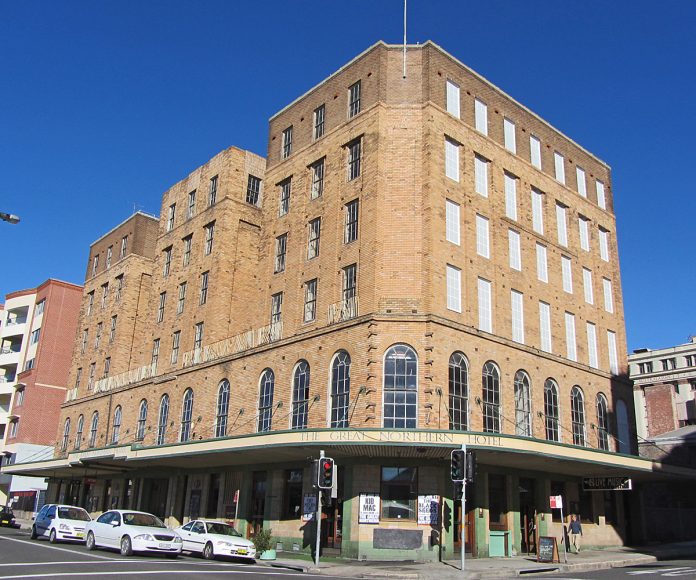 The Great Northern Hotel in Newcastle Australia has publicly apologised after promoting an event that appeared to include ‘midget tossing’. The event is set to a Wolf of Wall Street theme, with the much decried ‘midget toss’ being the pièce de résistance of the September 21 promo which read:

“If that won’t keep you on your toes the whole night, sign up for our FREE MIDGET-TOSSING!!” the poster said. “Hit the target and receive a FREE DRINK!!”

The reference to the scene in the 2013 film Wolf of Wall street (as displayed in an easily re-playable GIF form above) was not taken well by Dwarfism Awareness Australia, who said people should avoid using the word “midget” at all costs.

“It is a derogatory slang word that is pretty much on par (with) calling someone the ‘N-word’,” the group said.

The hotel never actually intended to throw real-life little people at a target, rather, a doll would have instead been thrown at a target. Nevertheless, the hotel apologised via the following statement:

“We are extremely sorry for any offence or reference to our Wolf of Wall Street event, with tossing of any people,” the statement said. “We had no intention of doing so and this was a misguided comment, in reference to the film.”