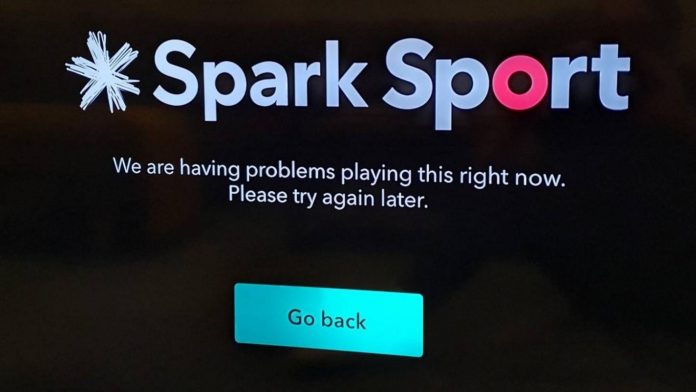 Spark Sport’s performance for Monday night’s Rugby World Cup clash between Wales and Georgia has been much improved but not for everyone, with one user claiming it is the “worst it’s been”.

Following on from Saturday’s debacle, many streamers continue to experience frustrating issues but Spark Sport claimed the stream was a success overall.

At the completion of Monday night’s game Spark released a statement saying the stream was successful both from a platform and broadband network perspective.

“The vast majority of Spark Sport customers who watched Spark Sport live and on demand had a great viewing experience.

“While there were a small minority of customers with set-up and device issues these were unrelated to the Spark Sport platform,” the statement read.

Anger with the streaming service boiled over on social media during the All Blacks v South Africa match, prompting the company to shift coverage to TVNZ channel Duke.

The company appeared to point the finger towards United States technology partner Akamai for problems that saw its coverage of the All Blacks game glitch and freeze.

The company said in a statement on Sunday that it believed the issue was “within the international distribution network via which the video stream is passed from our streaming platform located in the US, through to New Zealand broadband providers”.