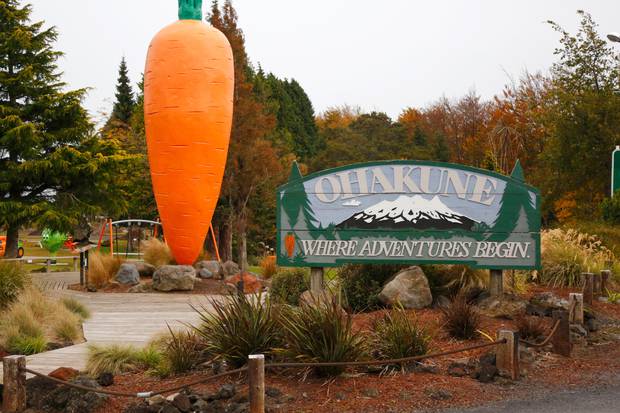 The Beautiful Awards is an annual competition that recognises the environmental excellence of individuals, groups, businesses and schools. In the Kiwi’s Choice Award, anyone in New Zealand can nominate their favourite public spot, organised by Keep New Zealand Beautiful (KNZB), the winners were announced in Dunedin on Thursday evening.

“The community of Ohakune wanted to transform this once railway siding and large wasteland into and activity area. The park is complete with electric barbecues, sheltered park benches and log seating, walkways with native plants, a playground with a bike track, and cartoon vegetables fashioned out of high-density polystyrene and fibreglass.”

Whanganui District Council entered the city in the awards and Councillor Helen Craig, in a personal capacity, entered Ridgway St into the best street category. The award recognises cities whose councils are enhancing their local environments and considers initiatives such as litter prevention/waste minimisation, community beautification projects and sustainable tourism attractions. The judges visited Whanganui in September to look at local initiatives.

In the awards announcement, Van de Elzen said he loved the fact that everyone in Whanganui was getting involved in making the city better.
“The recycling centre was just incredible and really set Whanganui apart – I wish every town and city could have one,” he said.

Ridgway St claimed the Best Street Award, given to a street that clearly stands out for its beauty, cleanliness, plantings and sense of community pride. It was up against Greytown’s Main St and Nelson’s Seymour Ave

“Ridgway Street is full of heritage buildings, offering a full representation of architectural styles between 1860 and 1960. There is a park in the centre of a street where a fire took down an old building, but the local council has beautified it with a three-storey mural on the building that overlooks the park. Their environmental, planting and beautification initiatives include a drinking fountain, and turning the park into a communal pop-up space. They created a live music stage out of wooden pallets and a shade sail, a community garden with the help of Common Ground Coffee, and flower beds.