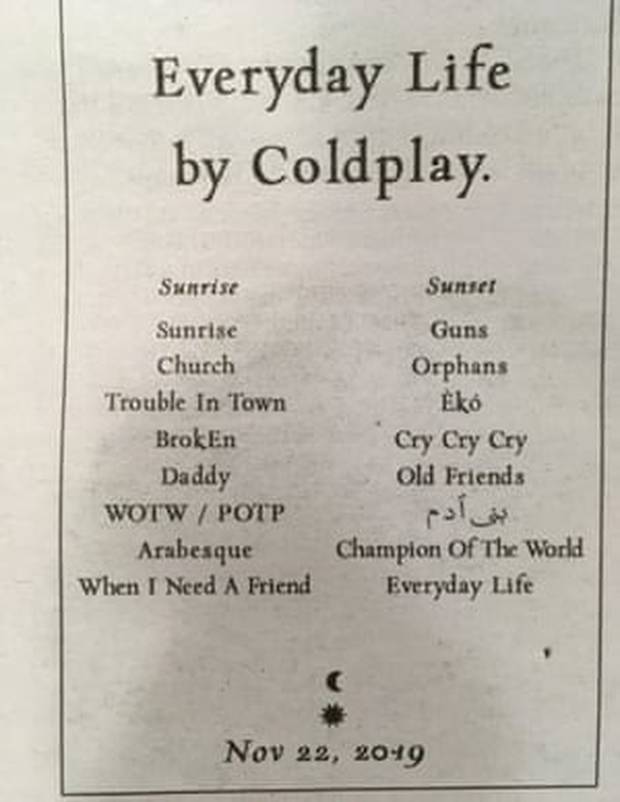 Coldplay has revealed the tracks of its new album by placing ads in the classified sections of newspapers around the world – including the NZ Herald.
The ad, which appeared in yesterday’s edition of the Herald, reports that the new album will be split into two sections, called Sunrise and Sunset.

The ad was placed in Friday’s (25/10/2019) edition of the Herald, amid the adverts for resource consents and road closures.

It reports that the new album will be split into two sections, called Sunrise and Sunset.
The band reportedly first put the ad in their own local papers in north Wales and Devon, but have since included Australia’s Sydney Morning Herald and Le Monde in France.

They first announced they were releasing a new album earlier this week, in a letter to a fan which she shared on social media.

“For the last 100 years or thereabouts, we have been working on a thing called Everyday Life,” the letter read.

According to the ad, upcoming track titles include Champion Of The World and When I Need A Friend.