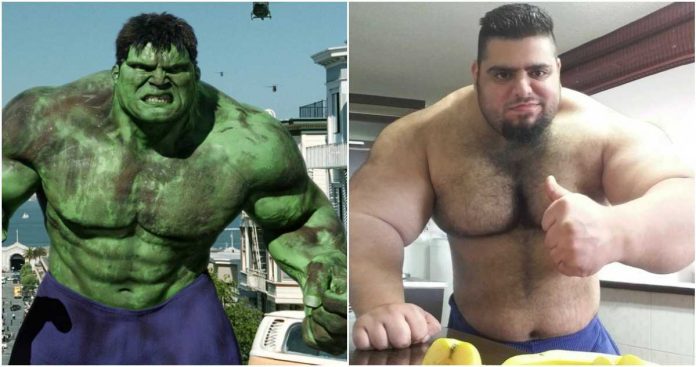 Gharibi, aka Iranian Hulk, aka Persian Hercules, is the latest signing to the Bare Knuckle Fighting Championship, a legal glove-free fisticuff contest based in Philadelphia.

The 187cm bodybuilder will be stepping into the ring – all 177kg of him – next year to take on anyone brave enough to stand in his way.

Iranian Hulk has a cult following on social media, with more than 450,000 followers on Instagram.

Be brave and Invite me to fight. rather than hiding behind your sponsors, I am ready to fight you, show me what you’ve got to say in the ring هدف تو مبارزه نیست هدف تو دیده شدن در رسانه هست تو هرگز روبروی من نمیتونی قرار بگیری بهت پیشنهاد میکنم این ریسک نکن مجسمه بزرگ رستم دستان و رخش

Earlier this year, Gharibi announced he had accepted his first professional fight, with Brazilian Romario dos Santos Alves, aka the Brazilian Hulk. That content was cancelled however, with the Iranian Hulk saying the Brazilian Hulk didn’t “have the guts to face me”.

Although no opponent was mentioned, the signing was promoted with the tag lines “2020”, “World War III” and “USA vs Iran”.