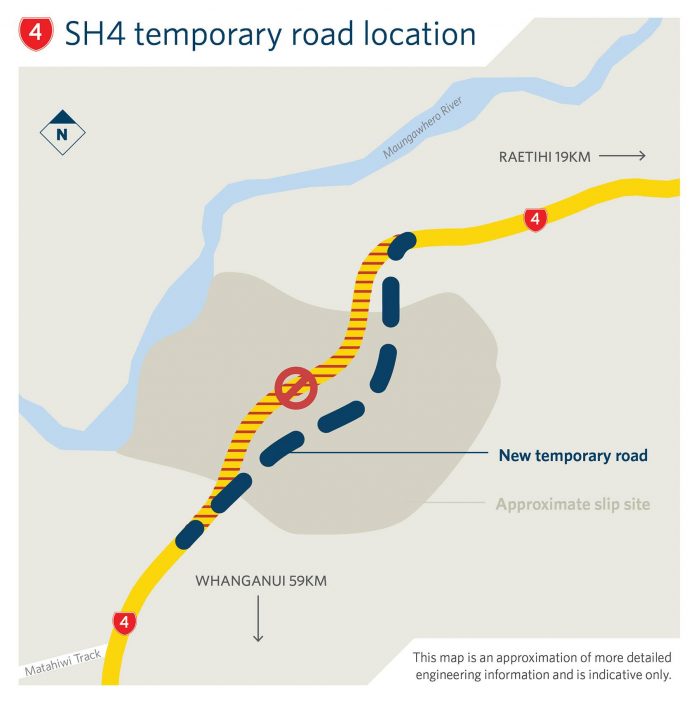 Sourced from The Whanganui Chronicle

The Matahiwi slip on State Highway 4 was stable enough for work to begin on a temporary road across it this week.

Work began on Monday, after karakia, a New Zealand Transport Agency spokeswoman said. The agency hoped to have the temporary road finished early next year.

Early work had mainly consisted of draining the area and “hydroseeding” the slip face, to revegetate it. Heavy machinery and rocks had been moved to the construction site.

The suggested detours are still SH1, SH3 and SH49. The other alternatives, Field’s Track and the Whanganui River Rd, are not suitable for state highway traffic, the agency says.

Many of the workers are staying in Raetihi, and have commented on the warm welcome they received. NZTA thanked the community for that.