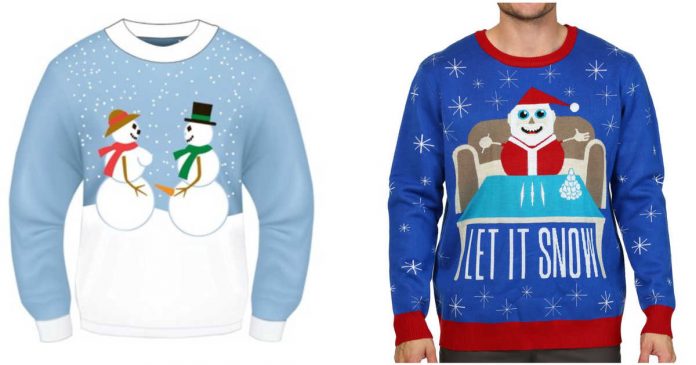 Walmart removed several pieces of holiday merchandise from its Canadian website after customers took offense to a line of risque Christmas clothing.

The retail giant also issued an apology over a sweater offered by third-party seller FUN Wear that featured an image of a bug-eyed Santa Claus seated in front of three white lines that appeared to be cocaine. The sweater’s tagline: “LET IT SNOW.”

For those who weren’t quite sure what the sweater might be suggesting, its product description read:

“We all know how snow works. It’s white, powdery and the best snow comes straight from South America. That’s bad news for jolly old St. Nick, who lives far away in the North Pole. That’s why Santa really likes to savor the moment when he gets his hands on some quality, grade A, Colombian snow.”

Walmart said in a statement, “These sweaters, sold by a third-party seller on Walmart.ca, do not represent Walmart’s values and have no place on our website.

“We apologise for any unintended offence this may have caused,” it said.

The sweater and several others that have since been removed from the marketplace were sold by a third-party seller, Walmart reiterated in an email to The Washington Post.

The other items depicted the famous Christmas couple in compromising positions, according to Canada’s Global News. On one, a pants-less Santa Claus was seen atop a burning fireplace. On another, captioned “Santa has been naughty,” a lingerie-clad Mrs Claus was depicted holding a whip and preparing to strike her husband’s bare behind.