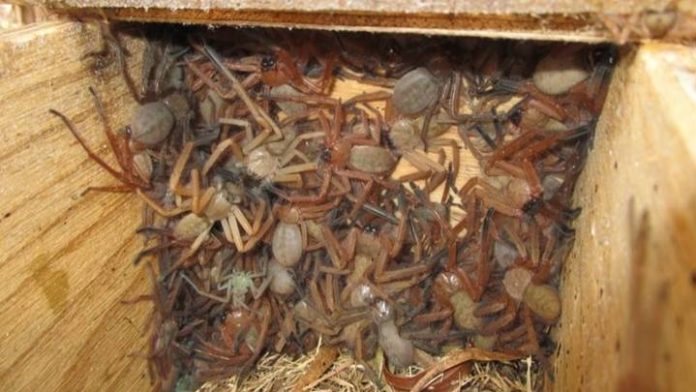 Most spiders live in solitude, but scientists in Western Australia have discovered a species of social huntsman spiders that prefer each other’s company.

“We now know that they’re a species of huntsman that live together, normally under the bark of trees,” she said.

She found that, unlike other huntsman spiders, this specific species shared habitats, resources, and body heat. 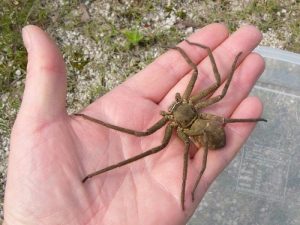 “A single adult female lays eggs and the successive generations of siblings help each other out and share prey items. This has several advantages for the spiders including faster growth. They’re also heavier and healthier,” Sanders said.

The discovery was made after Bush Heritage Australia built nest boxes for pygmy possums at Monjebup North reserve. The possums moved in, but so did a horde of spiders.

“What we didn’t expect were the large colonies of social spiders that also moved in!” Sanders said.

While the species generally lived under the bark of trees, the nest boxes in the reserve proved popular with the spiders because the area lacked tree bark.

“On lifting the lids of some we found many huntsman spiders of all sizes whizzing around inside,” Sanders said.

The ecologists at Bush Heritage Australia said the reason for the rare co-living could be attributed to the benefits of safety in numbers.