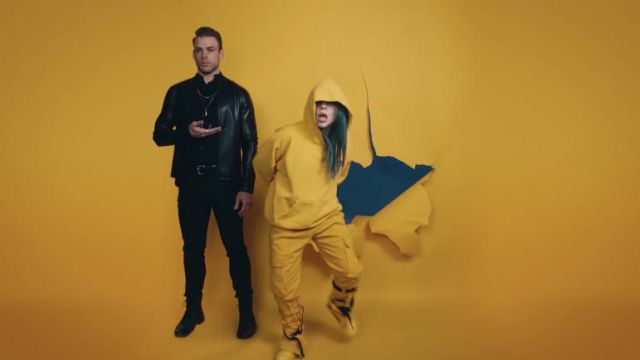 After initially coming up with the outro for “Bad Guy,” it took Billie Eilish and her brother/collaborator/producer FINNEAS over a year to complete the song. Thankfully, their hard work has paid off tenfold with the hit single topping the charts and accounting for three of the anti-pop star’s six Grammy nominations (“Record of the Year,” “Song of the Year” and “Best Pop Solo Performance”).

Rolling Stone recently stopped by the siblings’ home studio, where they revealed everything that went into making the song, from using found sounds like Billie laughing and a beeping Australian crosswalk, to the 34 takes it took Billie to nail the song’s iconic word: “duh.”

“I’m actually so shocked and happy that people like it the way that it is,” Billie confessed in the video. “The thing we were most worried about was the chorus, and having it have no hook.”

And no one is happier about the track’s success than its creators. Not only for the accolades, but because it “was one of the most fun songs to make ever,” according to Billie.

Watch Billie and FINNEAS break down “Bad Guy” below.

Win a Weekday getaway with The Powderkeg