According to the Department of Internal Affairs, the most common surname for babies born in New Zealand last year was Singh.

Smith comes in a close second, while another Indian name Kaur is the third most common, ahead of Wilson, Williams and Brown.

Across the country, the most common Chinese surname for babies born in 2019 was Wang, back in ninth place.

While Singh dominated overall, it was a different story in the South Island where the top four surnames were Smith, Wilson, Brown and Williams.

Singh and Kaur were in fifth and sixth place respectively.

New Plymouth Sikh society member Sunny Singh Grewal said the rise of the name Singh had taken him by surprise.

Grewal said Singh was a common name in the Indian state of Punjab, among Sikhs.

He said it could be traced back to the 10th Sikh spiritual master, Guru Gobind Singh, in the 17th century. 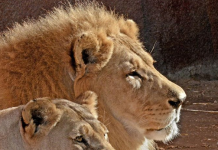