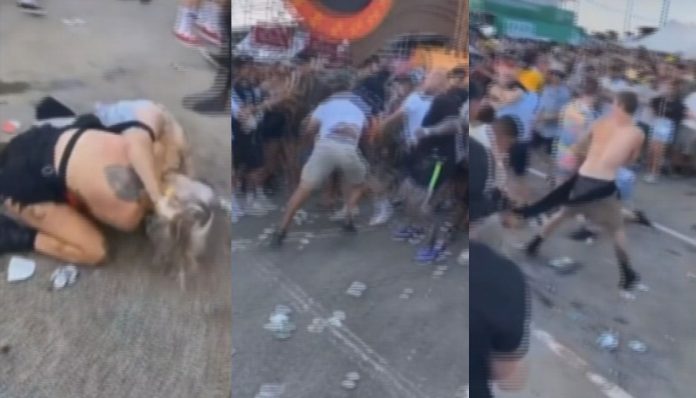 A video of a violent brawl among Bay Dreams festival goers has circulated on social media.

Three people were arrested for disorder and drug possession at the Mount Maunganui festival. A police spokeswoman said the arrests for disorderly behaviour were made about 4.45pm but said it was unclear whether the arrests were connected to the brawl.

A police spokeswoman said she was aware that three people had been taken into custody in the event area.

Two people received pre-charge warnings for disorderly behaviour and one person, a 30-year-old male, is due to appear in Tauranga District Court on Jan 4th, charged with ecstasy possession, she said.