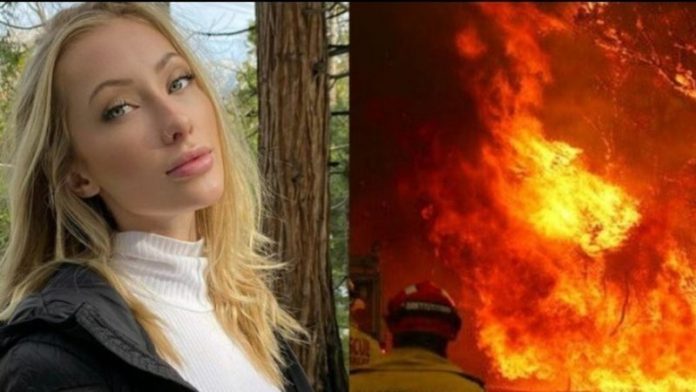 If you had your eye on social media this weekend, you most likely would have encountered an emoji-censored buttocks, paired with a caption that could literally help save the world: “I’m sending nudes to every person who donates at least $10 to any one of these fundraisers for the wildfires in Australia,” it read. “Every $10 you donate = one nude picture from me to your DM.” And with that, the ultimate altruistic hustle was born.

I’m sending nudes to every person who donates atleast $10 to any one of these fundraisers for the wildfires in Australia. Every $10 you donate = one nude picture from me to your DM. You must send me confirmation that you donated.
Please RT #AustraliaOnFire #AustraliaFires pic.twitter.com/VIgzCUy6Wf

The buttocks belonged to Kaylen Ward, a 20-year-old model from Los Angeles who makes a living through her OnlyFans account. When Kaylen came across the horrifying photos of the Australian forest ablaze, she decided to use her power for good, and did exactly what she mentions above.

With the tweet in question racking up 72,500 retweets and over 170,000 likes, it’s safe to say that willing participants have flocked to Kaylen’s page in search of both ecological salvation and nudes. She estimates that she’s raised over $500,000 for charities helping to protect the burning wildlife and land in Australia so far.

But her fight for climate justice has taken a sour turn, and it’s thanks to everybody’s least favourite uptight kings of censorship: Instagram. Yup, the photo sharing platform has taken issue with her “sexually suggestive content” and disabled her account.

My IG got deactivated, my family disowned me, and the guy I like won’t talk to me all because of that tweet. But fuck it, save the koalas.