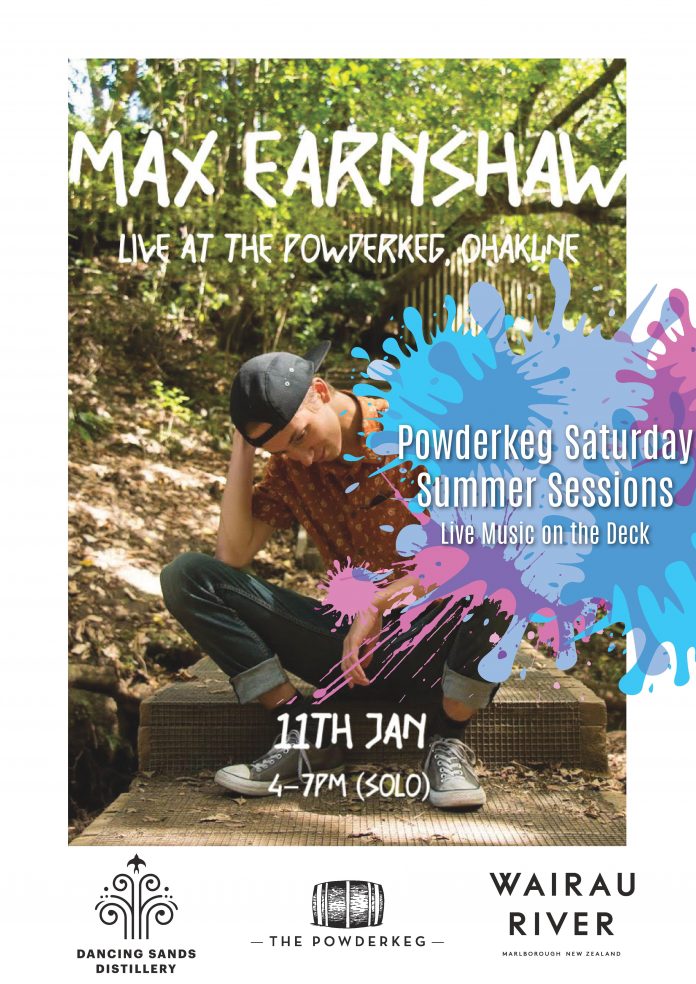 Auckland/Christchurch Pop-Rocker Max Earnshaw is returning to the PowderKeg, Ohakune with some absolute tunes this Summer. Fresh off the release of his sophomore single ‘Lonely Love’ on NZ radio and media, Max is hitting the Matterhorn deck with his one man band set of eclectic music from blues and jazz, to pop and rock.

Fresh off his debut on NZ radio with ‘Temporarily‘, Max Earnshaw (22) is a highly engaging artist creating upbeat music with astute lyrics, which stir you up and make you think about what’s at stake.

Originally from Christchurch, Max can be found smashing the Auckland live scene at venues like The Wine Cellar alongside emerging NZ acts, and collaborating with artists such as the Skeleton of Colour, (a Los Angeles based smoke artist) in his debut video.

His recent follow up single ‘Lonely Love’, that describes emotional heartbreak paired with epic driven rock music, has had significant airtime and praise on NZ and International Rock Radio.

This summer Max is bringing the energy to Ohakune on the 11th January and 15th of February and he is also set to play his first hometown show at the Wunderbar, Christchurch on the 31st January. Max will be returning to Auckland in 2020, with many exciting shows and releases on the horizon.