Ozzy Osbourne has revealed that he is battling Parkinson’s disease.

The metal legend and his wife Sharon Osbourne broke the news during an appearance on ABC’s Good Morning America on Tuesday. They told Robin Roberts that Ozzy was diagnosed with the disease last February, right after his fall at home that forced him to postpone his 2019 tour dates.

“It’s been terribly challenging for us all,” said Ozzy Osbourne. “I did my last show New Year’s Eve [December 31st, 2018] at The Forum. Then I had a bad fall. I had to have surgery on my neck, which screwed all my nerves.”

Sharon added, “It’s PRKN 2. There’s so many different types of Parkinson’s; it’s not a death sentence by any stretch of the imagination, but it does affect certain nerves in your body. And it’s — it’s like you have a good day, a good day, and then a really bad day.”

Ozzy is taking medication for Parkinson’s and his nerve pain, explaining, “I got a numbness down this arm for the surgery, my legs keep going cold. I don’t know if that’s the Parkinson’s or what, you know, but that’s — see, that’s the problem. Because they cut nerves when they did the surgery. I’d never heard of nerve pain, and it’s a weird feeling.”

The Rock & Roll Hall of Famer said he could no longer withhold the truth from his fans, telling Roberts, “I’m no good with secrets. I cannot walk around with it anymore ’cause it’s like I’m running out of excuses, you know?” 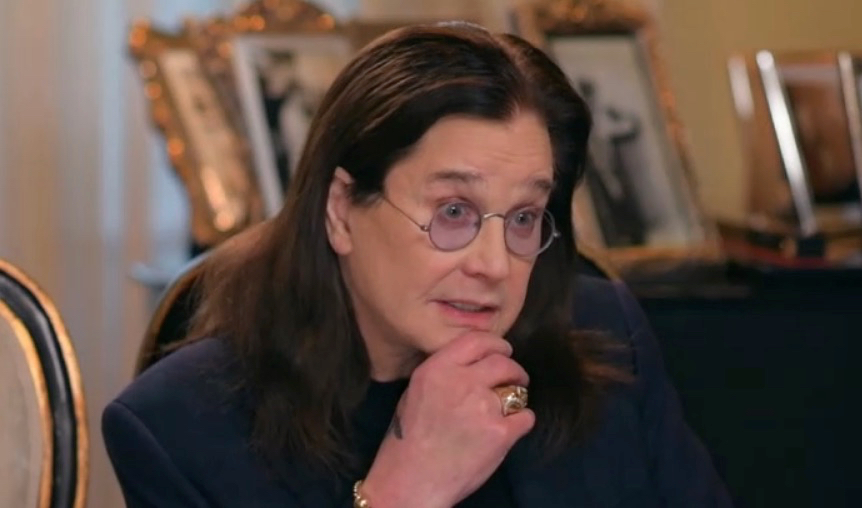 “The hardest thing is watching somebody that you love suffer,” Ozzy’s daughter Kelly told Good Morning America. His son Jack, who was diagnosed with multiple sclerosis himself back in 2012, added, “I understand when you have something you don’t want to have — but if he wants to talk, and if not — I try to slip in information.”

Despite his battle with Parkinson’s, Ozzy plans to resume touring this year. He will embark on his rescheduled North American tour in late May, which comes in support of his new solo album, Ordinary Man, out on February 21st.

Ozzy explained that he’s driven to get back onstage, even with his health issues, “Coming from a working class background, I hate to let people down. I hate to not do my job. And so when I see my wife goin’ to work, my kids goin’ to work, everybody’s doing — tryin’ to be helpful to me, that gets me down because I can’t contribute to my family, you know.”

The rock icon plans to seek alternative treatments in other countries, with Sharon explaining, “We’ve kind of reached a point here in this country where we can’t go any further because we’ve got all the answers we can get here. So in April — we’re going to a professional in Switzerland. And he deals with — getting your immune system at its peak.”

Ozzy is also counting on his fans to lift his spirits. “They’re my air, you know,” he said of his fans. “I’ve owned up to the fact that I have — a case of Parkinson’s. And I just hope they hang on and they’re there for me because I need them.”

Even though he continues to struggle with his health, Ozzy has made progress since receiving the diagnosis. “I’m a lot better now than I was last February,” he acknowledged. “I was in a shocking state.”