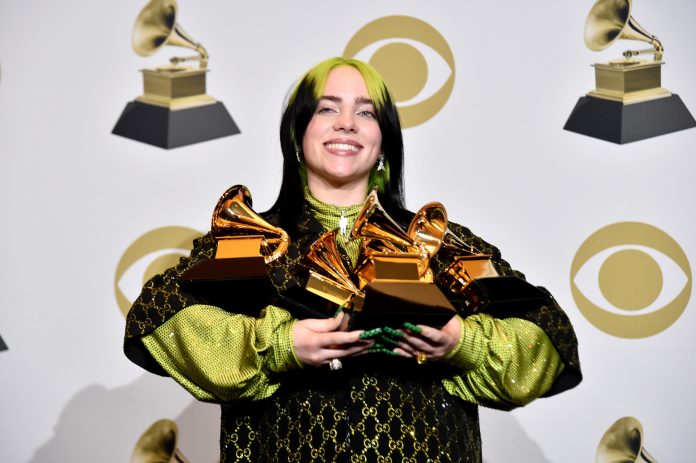 The 62nd Annual Grammy Awards took place this year just hours after news broke that NBA legend Kobe Bryant, his daughter Gianna, and seven others died in a helicopter crash near Los Angeles. Outside the Staples Center, arrivals took place on the red carpet as mourners gathered outside the arena to pay their respects at the home of the Lakers, Bryant’s team for his entire career.

Going into the evening, Lizzo led with the most nominations (eight), while Lil Nas X and Billie Eilish followed with six apiece. Ultimately, Billie Eilish swept the top awards of the evening: Album of the Year, Record of the Year, Song of the Year and Best New Artist, with her brother and producer Finneas joining her for many of those, and winning a solo award himself for Producer of the Year (Non-Classical). Lizzo and Lil Nas didn’t go home empty-handed, though. Lizzo took home three Grammys, and Lil Nas X, two.

Below, see some of the winners of the 2020 Grammy Awards:

Album of the Year:

Record of the Year:

Song of the Year:

CUZ I LOVE YOU (DELUXE)
Lizzo

How to stay cool in a heat wave