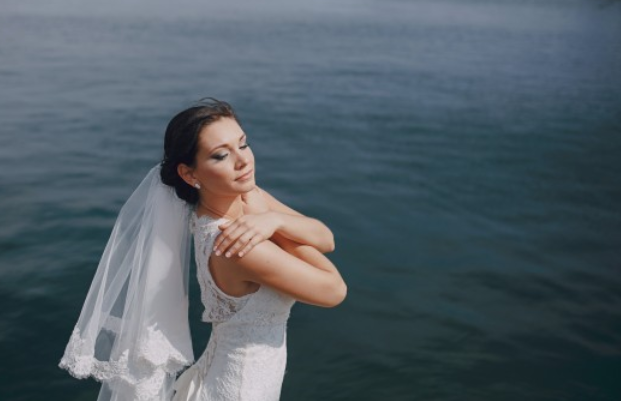 Visitors to Nelson’s Tahunanui Beach witnessed a marriage ceremony of a different kind.

Amongst the swimmers, sunbathers and sandcastle builders on Sunday morning, six women declared vows to themselves in front of a mirror at a driftwood altar set up on the beach.

While the ceremony was similar to a regular wedding in many ways, with a marriage celebrant and vows, there were no grooms to be seen.

The ceremony was organised by Nelson massage therapist Stephanie Crampton, who was the first to take part in front of a small crowd of well wishers.

“It’s challenging the traditional sense of a wedding, because there’s no groom,” Crampton said.

Two of the women participating said the ceremony was about self-loving and self-acceptance.

You don’t have to be single to take part, Crampton said.

“Any woman can do the ceremony. It’s not about saying ‘I’m not available for a love relationship to anyone else’, it’s about an act of self love.”

The $100 ceremony included a certificate, photographs, the celebrant and refreshments.