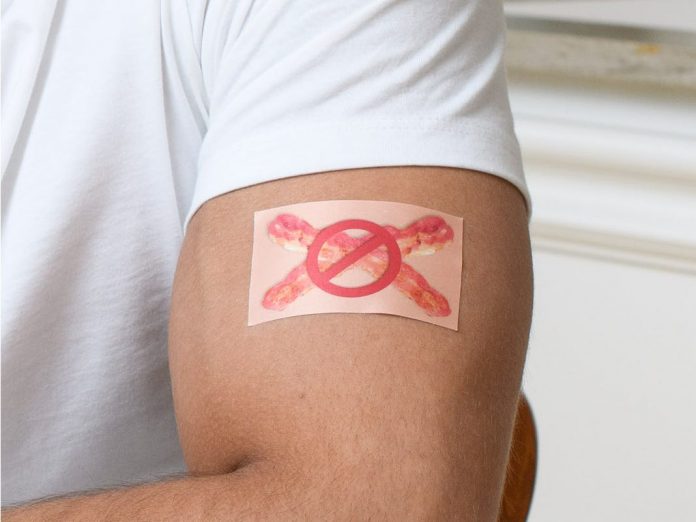 Vegans and vegetarians finding themselves tempted to eat meat are being offered help – in the shape of a wearable scratch and sniff bacon-enhanced patch.

A quick scratch produces a smell of a sizzling bacon slice. The idea is that it lets any former meat eater trying to go veggie to get their fix to curb cravings until their next plant-based feast.

Inspired by the nicotine patch which helps smokers give up their craving, the patch was designed with the help of an Oxford University professor to aid people who vowed to give up meat in January as a New Year resolution.

While most people keep to their plans in the first few weeks, around 80 per cent have given up their best intentions by the middle of February, it is claimed. 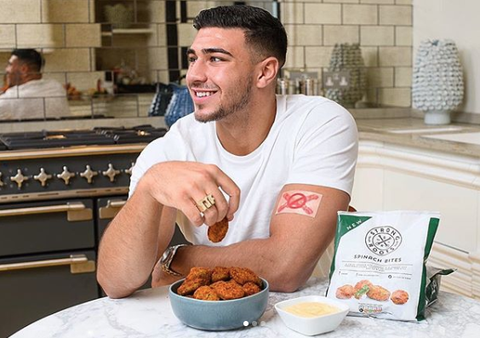 The patch is scientifically backed by Professor Charles Spence, University of Oxford, author of Gastrophysics: The New Science of Eating.

He found in his studies that scent can reduce food cravings, writing: “Our sense of smell is strongly connected to our ability to taste therefore experiencing food-related cues such as smelling a bacon aroma can lead us to imagine the act of eating that food.”

“Imagine eating enough bacon and you might find yourself sated.”

Research commissioned by Strong Roots and conducted by OnePoll of 2000 people showed that almost half have tried to reduce their meat intake at some time and that it was the hardest thing above alcohol and cigarettes to give up. Bacon (20 per cent) was found to be the red meat most people would miss, followed by beef steak (15 per cent).

Strong Roots founder Samuel Dennigan, said: “We know that more people than ever are trying to adopt a plant-based lifestyle this year.

“However, the research shows just how many of them struggle with their resolution, so we wanted to offer a helping hand, and have developed the world’s first ever ‘meatpatch’.

“We hope it goes some way to supporting all the meat-a-holics out there.”