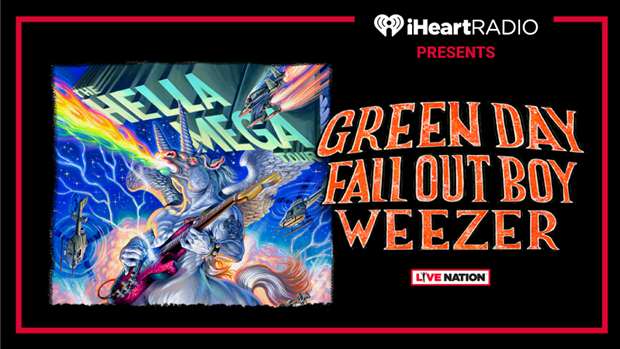 Three of the biggest names in rock music have confirmed they are touring New Zealand.

Green Day, Fall Out Boy, and Weezer are all coming to New Zealand in November, co-headlining “The Hella Mega Tour.”

The dates are part of a global tour with the three bands which begins in June in Paris and makes stops in Europe and the UK as well as a 20-city North American tour.

Green Day is touring in support of their 13th studio album Father Of All which is released today.

Rolling Stone magazine says “Green Day have inspired more young bands to start than any act this side of KISS, and that doesn’t seem to be changing. ” Entertainment Weekly calls the group ” the most influential band of our generation.

Fall Out Boy’s hit singles include Sugar We’re Going Down and Thnks fr th Mmrs. The band’s latest album Mania was nominated for a Grammy Award for best rock album.

Levelling out the all-star rock lineup is Weezer. The band are gearing up for the release of their 14th album Van Weezer, which is slated for release in May this year. Their latest single The End of the Game was released in September. The band’s mega-hits include Say It Ain’t So, Island In the Sun and Beverley Hills.

To get yourself in the draw for a double pass to one of the gigs, click HERE