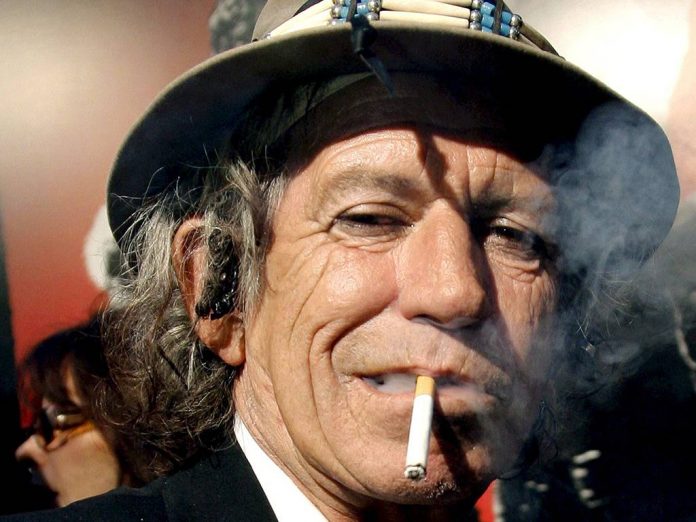 The 76-year-old Rolling Stones guitarist previously said he no longer finds drugs interesting and has cut back on his drinking. However, as recently as last year Richards was hesitant to ditch the death sticks — though he did switch to a “smokeless” ashtray as “not to bother” frontman Mick Jagger as he recovered from heart valve replacement surgery.

Now, though, ahead of The Rolling Stones’ upcoming North American tour, Richards has quit smoking entirely. In an interview with Q 104.3 (via NME), Richards said he hasn’t touched a cigarette since last October and attributed the decision to his desire to remain active in music for as long as possible. “I think both Mick and I felt that on the last tour we were just getting going,” he explained. “[We]’ve got to continue this.”

In a separate interview with Mojo, Richards admitted that quitting smoking was harder than kicking heroin. “Quitting heroin is like hell, but it’s a short hell. Cigarettes are just always there, and you’ve always done it. I just pick ’em up and light ’em up without thinking about it,” Richards explained.

Now, Richards says his vices are limited to “a little wine with meals, and a Guinness or a beer or two.”