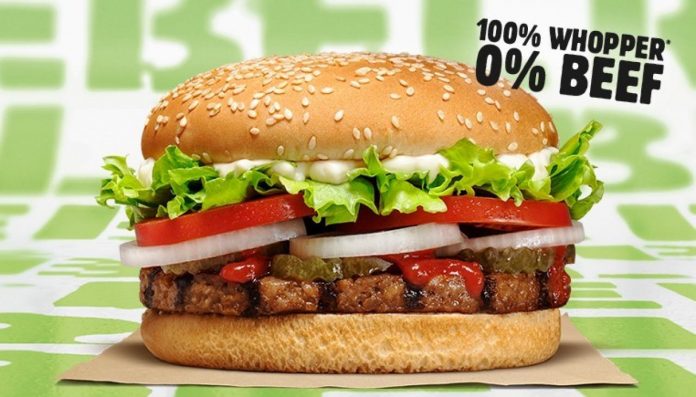 Burger King has started selling its imitation meat burger in New Zealand but the burger is not appropriate for vegans or vegetarians, the fast food chain says.

It cannot be marketed to vegetarians and vegans because it is cooked on the same grill as meat burgers, the chain says. Instead it is marketed towards ‘flexitarians’ – people who mostly eat plants but also consume meat on occasion.

The Rebel Whopper burger costs $8, and marketed as “0 per cent beef”.

Other fast food chains also offer plant-based alternatives but this is the first major international chain to offer an imitation meat burger.

The burger is made from non-GMO soy protein developed by food technology company V2 Food.

The vegetable patty made from potato and peas, corn, carrot and onion is not intended to mimic meat.