Fire and Emergency New Zealand (FENZ) was called around 3.50pm on Saturday, February 8, to the fire near Santoft between Pukepapa Rd extension and Brandon Hall Rd.

A FENZ spokesman said the fire is deemed contained but is still active.

Approximately 80 hectares of scrub and forestry has been burnt.

The sheer size of the fire left residents and those travelling through the area shocked as the haze of yellow smoke could be seen as far as the Manawatu Gorge, Woodville.

The spokesman said there is no longer a threat to any nearby buildings.

Initially, the fire was threatening to reach Santoft Forest and Farmland Foods.

Rangitikei Rural Fire said on a Facebook post that crews from all over the Manawatu, Rangitikei and Whanganui had been fighting the fire.

Fire crews monitored the fire overnight but the spokesman said they did not attempt to fight the fire in the dark as it was too dangerous due to the terrain it was in.

Around 7.30 am on Sunday morning, ground and aerial operations resumed.

The spokesman said numerous crews have investigated a number of flare ups and if they to grow bigger they will begin fire fighting otherwise they will contain the area and let it burn out.

“It’s going to be a long duration, maybe a day or two, maybe even longer its a very long-winded process.”

The spokesman said the fire is currently in a much better condition compared to Saturday evening.

People are reminded to stay away from the area so firefighters can continue to manage the fire. 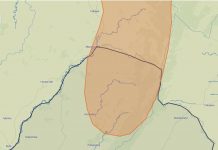 Snow Watch has an “interesting” shape! Comments are gold 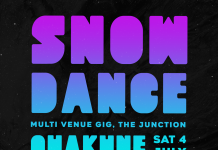 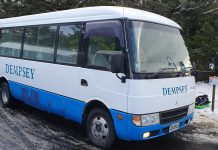