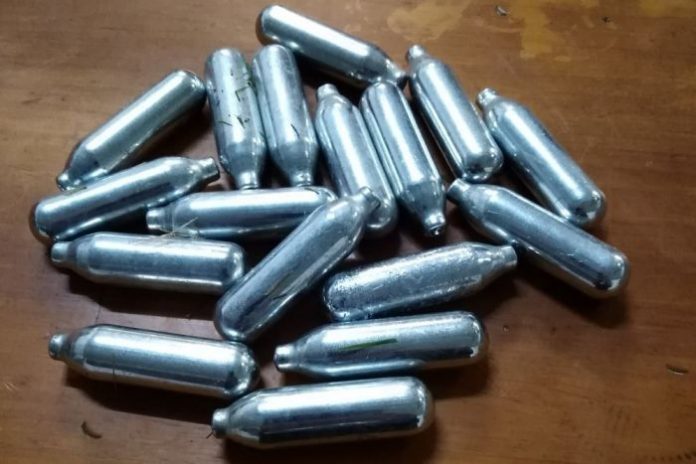 National leader Simon Bridges has been labelled “blissfully unaware” after signing a nitrous oxide canister, an item that is often used as a recreational drug.

A picture of the signed canister, known as a nang, was posted to social media, with the owner writing: “Got my nang signed by the blissfully unaware Simon Bridges”.

The owner says she “told him [Simon Bridges] it was an urn”.

Got my nang signed by the blissfully unaware Simon Bridges pic.twitter.com/DronTzQXcp

The whipped cream gas canister, which contains nitrous oxide, is often used to change the state of mind and provide a short and fast dissociative high. It is also used to give sedation and pain relief.