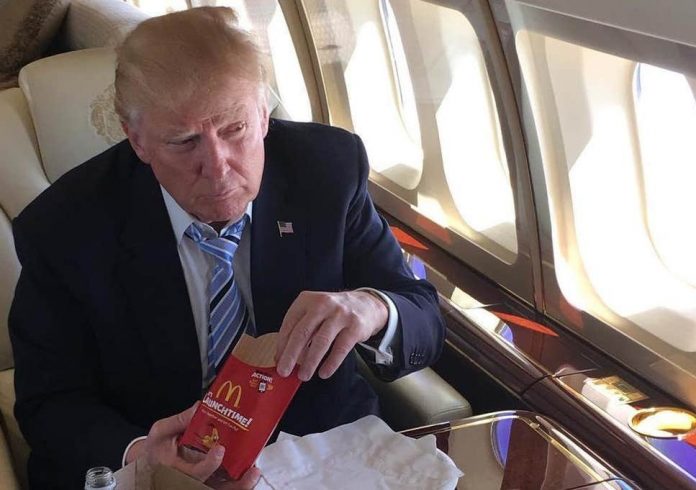 Donald Trump, a 73-year-old man who has the world’s largest nuclear arsenal at his fingertips, must be tricked into eating vegetables. The White House staff has also sought to cut down the president’s ice cream consumption by making it “less accessible.”

All this is according to former White House physician Ronny Jackson, a staunch Trump supporter who is currently running for Congress in Texas. In an interview with The New York Times, Jackson spoke about his tenure as Trump’s physician.

In public, Jackson lauded Trump’s health as “incredible.” At one point, he even told reporters that Trump could live to 200 years old.

Behind the scenes, however, Jackson said he wanted Trump to lose 10-15 pounds. He mapped out a workout routine involving an exercise bike and elliptical machine, while also seeking to alter Trump’s nutrition. Ultimately, “the exercise stuff never took off as much as I wanted it to,” Jackson told The Times. “But we were working on his diet. We were making the ice cream less accessible, we were putting cauliflower into the mashed potatoes.”