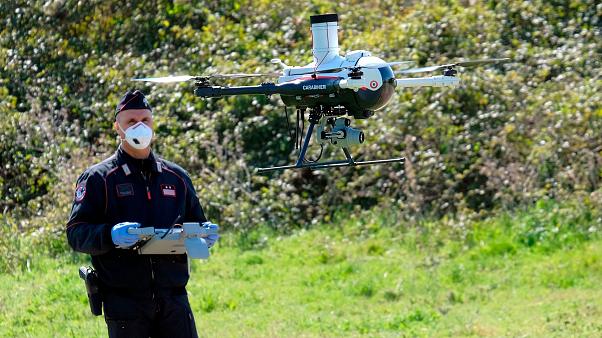 “I can’t wait to check all the villages on the screens,” says Messina’s mayor, as a fleet of drones are readied to help him enforce the lockdown put in place in Italy to try and stem the increase in coronavirus infections.

Italy has been ravaged by COVID-19, and is currently the world’s worst-affected country with more than 74,000 cases and 7,500 deaths officially recorded.

Authorities have been trying to keep citizens locked down to prevent further spread of the disease, with some resorting to expletive-ridden tirades on social media.

And with the use of drones being approved in the country for surveillance purposes, one mayor is taking things a step further.

In a Facebook video post, Cateno De Luca displayed his next move in the fight against lockdown dodgers – a screaming recording of his voice being played out to people spotted seen out on the streets by drones.

“Drones everywhere,” he exclaims in the video released on Tuesday this week. “With my voice screaming ‘where the f**k are you going? Go home”.