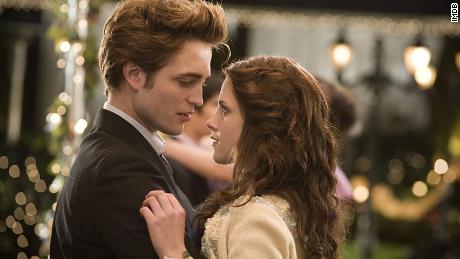 Twilight author Stephenie Meyer, who penned the four wildly popular books, has published a mysterious countdown to May 4 on her website, stepheniemeyer.com.

It has thrown diehard fans of the supernatural story into a spin, with theories suggesting Meyer will finally release the Twilight partner book, Midnight Sun.

Midnight Sun is told from the perspective of vampire Edward Cullen, who was played by British actor Robert Pattinson in all five films.

The original books, Twilight, New Moon, Eclipse and Breaking Dawn, were told from the perspective of Bella Swan (Kristen Stewart).

In a blog post on her website, Meyer said there was “a lot more” to Edward’s story.

It would be a long time coming if this is the case, with a draft of the novel leaking back in 2008, when the first film premiered and became an instant cultural phenomenon.

Meyer shelved the project at the time, and it is still to be released.

The 46-year-old author, who is worth a staggering $125 million, is also the co-owner of production company Fickle Fish, leading others to believe the countdown could be film-related.

The five movies in the franchise grossed an astronomical $US3.346 billion at the global box office, with the sequel New Moon breaking box office records at the time as the biggest midnight screening and opening day in history, grossing an estimated $US72.7 million.