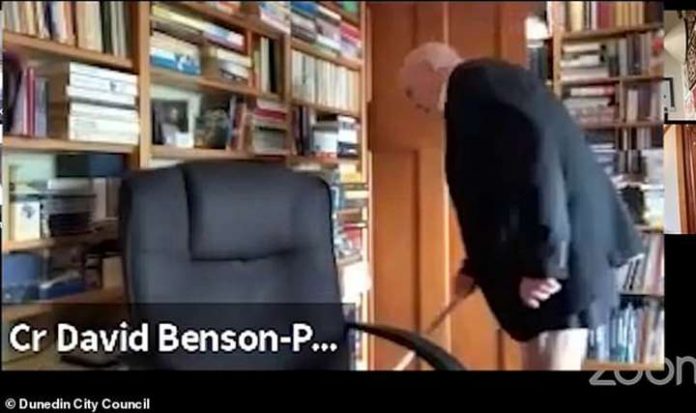 Cr David Benson-Pope was caught on camera during yesterday’s Dunedin City Council meeting, conducted via video-conference, when he entered the room in shorts carrying a feather duster to apparently clean off his chair.

“I think it’s probably appropriate to describe it as being caught with your pants down,” he said when contacted by the Otago Daily Times this afternoon.

Benson-Pope, who is a former Labour Cabinet minister, said he had been gardening but put a shirt and jacket on for the benefit of the meeting.

It was a reminder of the perils of live-streaming while working from home and “to make sure your camera is turned off when you think it is off”.

“There’s been no other excitement,” he said.

Check the footage out below: