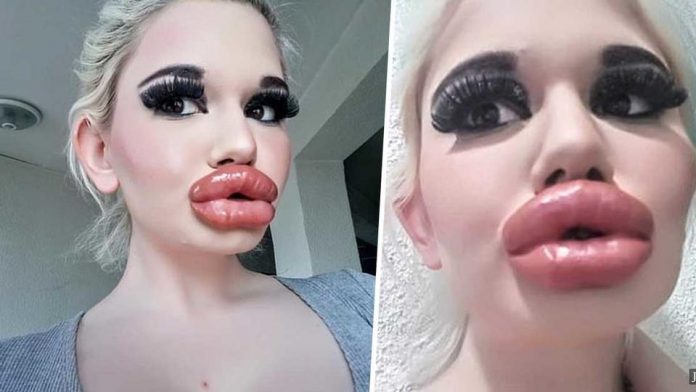 Andrea Ivanova, a philosophy student from Bulgaria, has been dubbed a ‘real-life Barbie doll’ after receiving around 20 lip treatments. And, get this, she says she’s not finished and wants her lips to be even bigger!

The 22-year-old documents her journey to obtaining the world’s biggest lips on Instagram, where she has over 38,000 followers.

Beginning her transformation in 2018, Ivanova says she forks out around NZ$280 for each treatment, but admits she’s lost count of how much she has spent over the years.

Earlier this week Ivanova shared the results of yet another hyaluronic acid lip injection which she believes is probably her 20th:

“Other people’s opinion is irrelevant.”

Ivanova says she’s not done with treatments and plans to have more soon, despite a two-month-waiting period given by a medical professional.