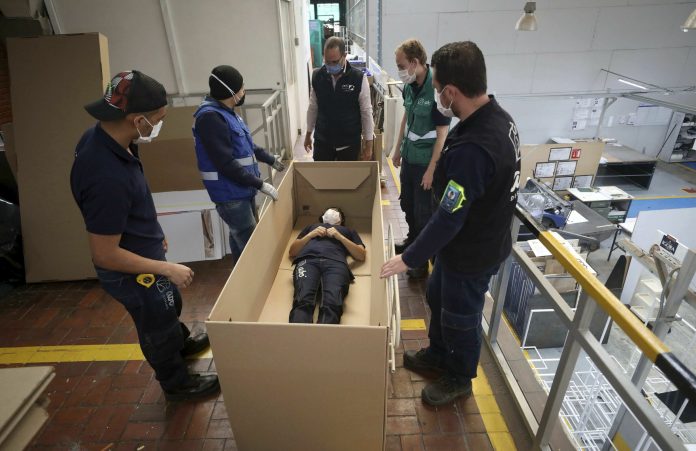 Colombia, like many places, is experiencing a shortage of not only hospital beds but also coffins. An advertising company in Colombia was inspired to act, after watching certain events unfold in nearby Ecuador.

ABC Displays has created a cardboard bed with metal railings that designers say can double as a casket if a patient dies.

Families in the coastal city of Guayaquil waited with dead loved ones in their homes for days last month as Covid-19 cases surged. Many could not find or were unable to afford a wood coffin, using donated cardboard ones instead. 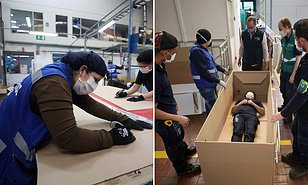 Gómez said he plans to donate 10 of his new beds to Colombia’s Amazonas department, where resources are in short supply. So far there is no indication whether the beds will be put to use and no orders have been placed.

The Bogota-based company is usually at work on advertisements but has been mostly paralysed over the last month as Colombia remains on lockdown. The South American nation has reported nearly 9500 confirmed cases of the virus.

The beds could hold a weight of 150kg and would cost about NZ$140 each, Gómez said. He said he worked with a private clinic on the design, which he hopes will be put to use in emergency clinics that might become short on beds.