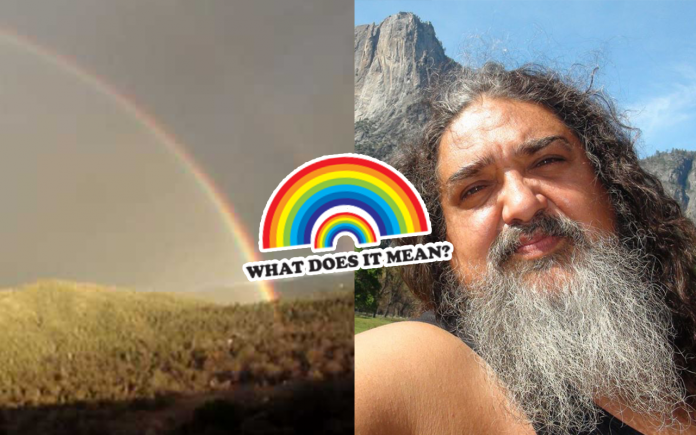 Paul L. Vasquez, the burly mountain man whose awestruck reaction upon seeing a double rainbow propelled him to internet stardom and turned him into a folk hero, has died in Central California. He was 57.

The cause of death has not been released. Vasquez had recently posted on his Facebook page that he had gone to get tested for Covid-19 but learned about another unspecified ailment.

In January 2010, Vasquez posted on YouTube a video shot from his mountainside house of a set of rainbows overlooking the Yosemite valley. He notes in the caption that the camera couldn’t capture the rainbows’ intensity and brightness.

But that wasn’t what led to 46 million views of the video. It was Vasquez’s reaction.

The video went viral that summer after talk show host Jimmy Kimmel tweeted about it, and it led to appearances on a number of TV shows and commercials for Smartwater, Microsoft and Delta Air Lines.

Its success even saw Vasquez in New Zealand to film a commercial for Vodafone.

In a 2015 interview with CNN, Vasquez said he was working as a Los Angeles County firefighter before moving in the mid 1980s to Mariposa, where he worked odd jobs and lived alone in a mobile home close to Yosemite National Park.

A cannabis grower and user, he said he wasn’t high when he shot the video. He told CNN that his solitude allowed him to connect to nature on a deep level and gave him a freedom most people could never understand.

“You can’t look at a rainbow anymore and not think about me,” he said.