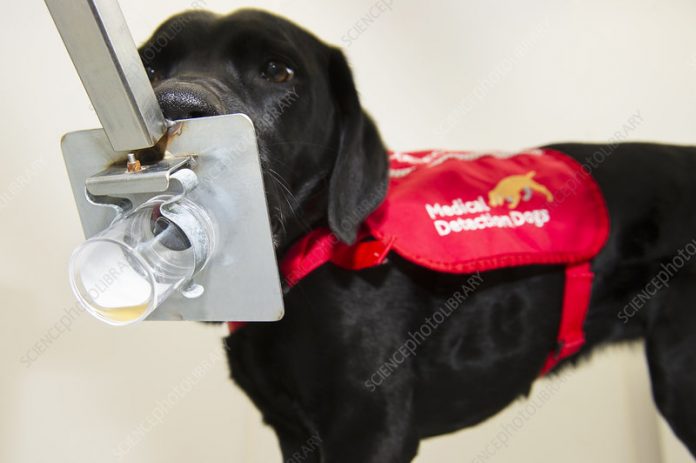 Three cocker spaniels, two labradors and a labradoodle are to begin intensive training at the London School of Hygiene and Tropical Medicine (LSHTM) using odour samples from patients who have tested positive for the virus, ministers announced last night.

If successful, the scheme could form a highly efficient and non-invasive means of singling out the most dangerous people for spreading the disease, the ministers said.

Dogs could be stationed at the entrance to pubs or could sweep through care homes, signalling to their handlers people who should be segregated and tested.

With the dogs particularly being trained in seeking out asymptomatic carriers, this could lead to 250 people being screened every hour. 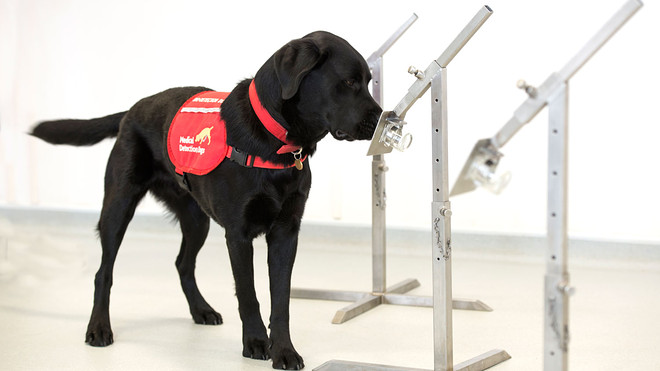 Experts are confident the new scheme can work because dogs have already successfully been trained to detect cancer, malaria and Parkinson’s disease.

Respiratory problems – a feature of Covid-19 – are known to cause subtle changes to the body’s odour.

Research indicates that dogs can be trained to detect the odour of disease at the equivalent dilution of one teaspoon of sugar in two Olympic-sized swimming pools of water.