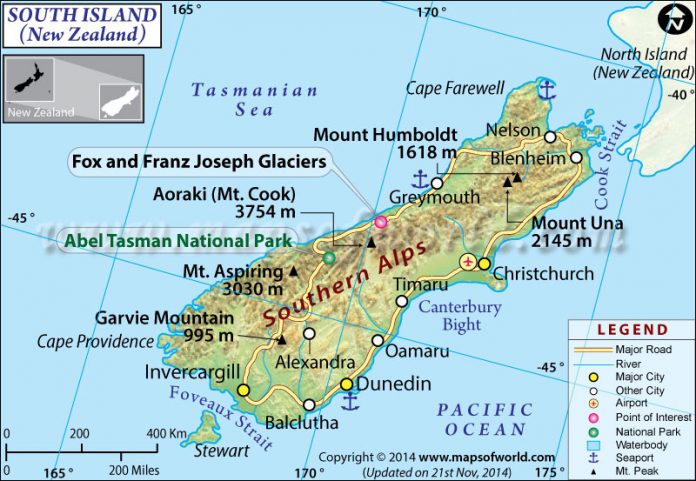 The South Island Independence Movement has published its manifesto ‘Our Southern Isle’ in an attempt to show how it would run its own country if its ties were cut with the North Island.

The movement’s founder Solomon Tor-Kilsen wrote the manifesto and published it on Facebook to show why he wants the “the South” to be its own country.

“It is time those of us in the South forge our own destiny and future, free from the shackles and taxes of those who think themselves better than us and think of themselves as our rulers and leaders,” the manifesto says.

“Like the battered wife who works tirelessly to support the insatiable thirst of the abusive alcoholic husband, it is time this tireless and hard working South divorced the proverbial leech that is the North Island.”

Tor-Kilsen writes there’s “a lot of work ahead of them” if they want to attain this freedom from the North Island, including having a strong presence, establishing an official organisation – which he says would give them the chance to stand candidates at general elections – building communities and needing to own the ground they live on.

One cartoon image in its manifesto claims to show “the state of New Zealand” as a large oversized pig with four men labelled as the North Island suckling on the South Island’s economy.

Tor-Kilsen says in order to pay for the movement, the organisation is setting up a subscription supporter and membership system. For up to $25 per week, subscribers will be sent “at least once every year” an envelope of items from different South Island-owned businesses. The number of perks members get depends on the weekly price they choose to pay.