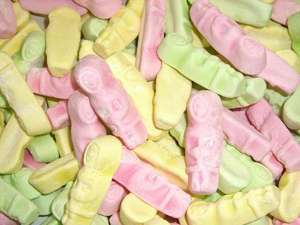 Another iconic Kiwi product is undergoing a name change, with Pascall set to rebrand its much-loved confectionery Eskimos 65 years after they were introduced to New Zealand.

Pascall’s owner Mondelēz New Zealand told Newshub it would be rolling out a new name and branding “as soon as possible”.

‘Eskimo’ is a name used extensively in Alaska, where it is used to refer to indigenous Inuit and Yupik people. However the label is considered derogatory in some places, including in Canada and Greenland, as the term was invented by non-Inuits.

“This change reflects the business’s ongoing commitment to diversity and inclusion and [is] in line with the company’s purpose and values,” Mondelēz New Zealand said in a statement to Newshub.

“While Pascall Eskimos have been enjoyed in New Zealand for 65 years, it is important to take this action to ensure that the business is part of the solution and helping to drive positive change.

“The name and branding change are currently in progress and will be rolled out as soon as possible.”

A number of products are undergoing name changes across the globe, amid a resurgence of the Black Lives Matter movement sparked by the death of unarmed African-American man George Floyd at the hands of a white police officer last month.

Last week, Mars and Conagra said it would review the brand name and logos of Uncle Ben’s rice and Mrs Butterworth syrup in response to the movement.

That came shortly after Quaker Oats, owned by Pepsi, scrapped its Aunt Jemima’s branding amid heavy criticism that it’s based on a racist stereotype popularised in minstrel shows.

In New Zealand, meanwhile, Akaroa restaurant Bully Hayes vowed to change its name after its namesake was exposed as a slaver who raped and stole from Pacific Islanders, while debate has raged on over whether Hamilton should be renamed due to its colonial origins.